Will I be fluent? (Spanish Mexico)

I guess I have to see where I’m at after I complete all 7 parts. I’m hoping I have a good knowledge of Spanish after I complete it. In my opinion Memrise is a better learning tool than Duolingo. The audio on Duolingo is really horrible.

Well good questions ! and it depends on the course you take & the way you practice out of the course. learning a language is not just plugging an USB key in your head and speak… I wished!

nevertheless memrise is based on research on learning languages and it’s a great tool to learn.
When selecting a course make sure you have more sentences that just words.
Then do not limit yourselves to memrise but take any advantage to speak & learn. I 'm sure memrise will help you a lot ! (it helped me and a lot of friends ! )

For me Memrise is the best language learning site I have been too! I checked out other ones and I like this one the best. Great way to learn spanish.

If you will have finished some Memrise courses and grammar language basics with DuoLingo or other sources, you might want to further check out:

I tested to learn 1000 Spanish words with Lingvist in 11days (end of year 2017 challenge), and if you have a good base, it might be fun for you to see some sentences in action and be tested on typing (fill in the blank).

Personally I like the mixture of the Basic, 1-7 courses + 50languages + DuoLingo + Lingvist (only English, Russian, French + Spanish available) for my Portuguese BR learning.
The more mixed resources, the better…
Now I will start audio/video Podcasts in 2018 after 1 year…

In every course you IMHO learn something different…

I have really no idea, if offical 1-7 Memrise courses will push you beyond A1 / A2. Their FAQ talks in a different way.
Let’s wait for offical ambassador feedback…

I would say from my experience (with Portuguese), that it might be a first step, you need to use different resources and progress further: start listening (e.g DuoLingo stories), read books (longer text paragraphs, recorded by natives), speaking, etc.

Back to your question:

Will I be fluent?

How can you get (be) fluent just by reading / writing, and not actively talking with a teacher and language partners?

I checked: Memrise courses parts 1-7 claim to say you will be at a b-1 level after you complete it. If you read and write and listen to music and watch television you could go beyond a b-1 level.

Ýou could test it for yourself.
Test your A1/A2/B1 vocabulary which tests the min and upper ranges of each section.
There was a thread on the DuoLingo discussion forum how to manually test and calculate this; but I can’t remember the link or thread id.

I did the two Portuguese EU (Portugal) and Portuguese BR tests and after 1,2 years and having finished my DuoLingo EN-PT forward tree and Memrise courses I can test out to B1 or B1 and a half.

After 11 days Lingvist and learning 1000 Spanish (frequency) words I can test out to A1 and a half, but (of course) not knowing ALL basic A1-A2 words.

I love this language site! I’m learning Spanish really good from it. And going pro is so affordable. I like the price to learn a language on this site. Very good deal. I’m not a linguist I just wanted to learn a second language. This site is helping me accomplish that goal. Spanish is a very popular language. Almost as popular as English. Spanish is worth putting forth hard work in it to learn it.

Question I am learning Spanish Mexico. I noticed memrise has intermediate and advanced Spanish also. But I think it is the Spain version. I was told I will understand it because it is the same language. Is this information correct?

I live in the far south of Texas, and can assure you the difference between the two is like American and British-English. You will understand one with the other just fine. Mexican-Spanish is a tad faster. It’s when you start bringing other dialects of Spanish you start to have some issues, (but natives understand just fine). I’m talking about various countries in South America.

I have heard that. I live in Florida. It’s mostly the same here, too, when there are a bunch of different Spanish people around (I’m not trying to be derogative; I just couldn’t think of a better word to use). The only real difference, at least from what I’ve heard, in the Spanish language is when comparing Spanish-Mexican to Spanish-Portugese. I have heard, though, that Spanish-Portugese is more, I don’t know, maybe more sophisticated or complex? I don’t remember if I remember that correctly…

I could be wrong. 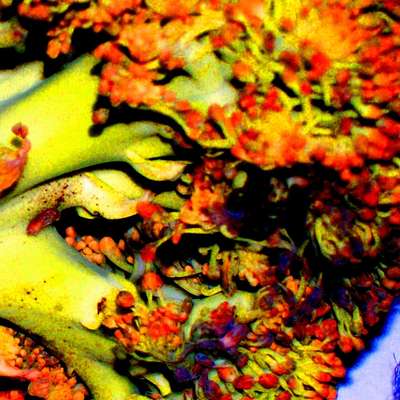 Words with audio! — — For advanced learners. (B2 and up on the CEF). — — Thanks for looking at my art :) http://fineartamerica.com/profiles/rebecca-bourke.html — — List of my favourite free Spanish resources here:...

When you actually want to compare Spanish (either Mexican or Spain Europe variants) to Portuguese, of course the difference is even more:

The pronuncation (e.g PT BR) is quite different too.

Maybe you can compare American English - British English with Portuguese EU/Portugal - Portuguese Brazil; but I have heard that there are differences including grammar and I have not learned PT EU yet?!

I was able to only test-out 18 words of Spanish on Lingvist, even I learned Portuguese Brazil for 1,2 years before.

Basically I re-learned from scratch 1000 Spanish words on Lingvist for my 2017 challenge in 11 days.

Sometimes the identical Portuguese word is (rarely) accepted or at least quite similiar for the meaning but most of the times with a very different writing and pronunciation, or even completely different.
I might learn one day how to transform writing from Portuguese -> Spanish

I failed to test out the Duo Spanish placement test two times on the web portal (typing, listening exercises), but managed to successfully test-out on the Android app (tapping, many hints, much more easy) to level 9 (all three checkpoints + 3 more skills).
So the biggerdifferences are there (man, woman, son, boy/girl, etc.).

I basically would have to keep re-learning Spanish from scratch (verbs, different person conjugations), if I would want to progress further or be able to write and speak Spanish (or even read/listen).

Probably it would be much easier / faster to do it with my (limited) Portuguese Romance background and hopefully with even some more Romance language similarities in grammar / tenses, etc.

My plan was that I will try to progress more the next 1-2 years with Portuguese (focus on intermediate/advanced, listening, speaking, etc.) before I get totally confused with Spanish

Question @JiminieVKook Do you maybe have a few Portuguese EU or Brazil speakers in Florida, or just Spanish speakers?

I hate German / Europe winters more and more (too cold, rainy, not much snow in South/Nuremberg for Snowkiting, etc.) and I got in contact with Peter from Kitesyndikat in 2012 who visited Florida in Februar for pure Kitesurfing vacation fun.

Like gracias in Portuguese has you pronounce the word like gra(th)ias. And ¡vamos! pronounced (b)amos in Spanish (Spain). Not a lotta differences, I’m sure you already know this, though

No, gracias is NOT Portuguese!!!

“Thank you” in Portuguese is: obrigado, obrigada

of course you’re right, but as graças = der Dank (not that the p.velleroux was right, he wasnt and I ever heard that pronunciation, but because the word exists…)

and no, Memrise 1-7 does not take you even to B1. And no, you’ll never get fluent with memrise only

@Thomas.Heiss Thanks for the clear up. I didn’t know (or I just couldn’t remember) that it was a totally different language, not an extended and more complex version of Spanish, one that sometimes even can confuse Spanish natives (certain words or pronunciations), at least from what I’ve heard. Like I said before, I could be wrong, and if I am do correct me, because I don’t want to look like an idiot (although, who would

). Though thanks for correcting me. I appreciate you’re added knowledge. I have met a couple of Portuguese speakers (they spoke in English, though) in Florida, along with many Spanish (Mexican) speakers, but I don’t think I’ve ever met any Brazillians. Not to say that there aren’t any Brazillians here, because I’m sure there are.
Congratulations for getting as far as you did on your language speaking and I hope that you plans become reality.
I’ve been to Germany before, but I was real little when that happened (2-3 years old), so I hardly remember any of it, if any at all. I’ve never done the whole kitesurfing thing; I don’t even know how to surf.

I disagree with you! I think you can get good enough to understand spanish music and even read a book if you keep studying.

I’m telling you right now, there is no way Memrise takes you up to B1. They are being a little disingenuous in saying that. B1 is by all purpose the ‘‘fluency’’ stage. Where you can make your self understood and be understood in most context and subjects (despite how rough it may be). Most long term users here will tell you the same thing. Memrise can shoot you up to A2 faster than anything else and that is where it stops being useful as far as it’s own courses.

There is a lot more to A2 and B1 than people realize.

Hm… I did find a website called Bliu Bliu (if any of you have ever heard of it - https://bliubliu.com/). It’s for advanced language learners. I’m not there yet (basically a beginner in Bliu Bliu’s eyes - I suggest you don’t use it if you are a beginner, so I won’t until I’m better); not enough to understand a lot of the dialogue. So, maybe, it’ll work for you guys, because of the fact that that website’s geared more for the highly advanced learners.