Whenever I learn a new word - not through Decks/Memrise - I add it to my own Japanese course. However, I often want to be tested on the Kanji characters instead of the the Kana.
For example, I want to be given the question translate into Japanese (Kana): to eat and translate into Japanese (Kanji): to eat. The only way I have found to do this is by adding another word - the final one in the screenshot below. 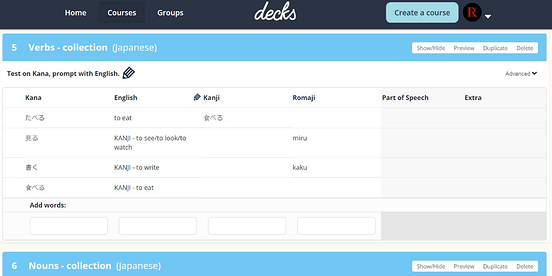 Kanji.jpg2173×1089 281 KB
But adding every word twice is inconvenient. I want to be tested on both the Kana and the Kanji without having to create two separate words.

When I click on the column called Kanji I get this: 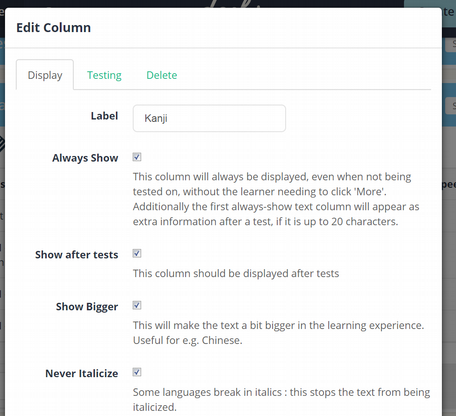 Any Ideas on how I can make it easier to add words?

Duplicate your level. In the duplicate level set the testing direction to Test on Kanji, prompt with English.

I didn’t even know you could duplicate levels, all these years and I’ve been recreating the levels from scratch to test in different directions.

At least I know a faster way to do it now, thanks.