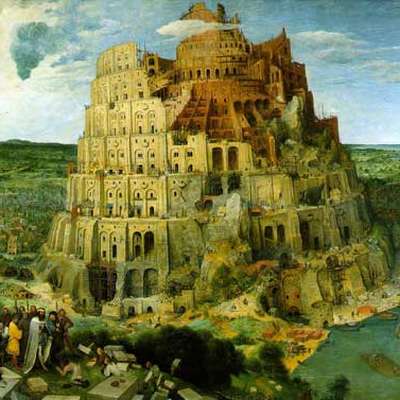 A usefool tool to understand and "memrise" to which language family and group belong more than 280 languages of the world. Please, help me with corrections and suggestions in the forum.The languages choosen are the ones having a local wikipedia...

“Altaic” … as you probably know, many (purportedly majority of concerned) linguists say the hypothesis of existence of altaic family is untenable. So, even though some still believe in it, it should perhaps not be just so plainly stated here in such an introductory leve. Turkic, Mongolic, etc. are treated as separate FAMILIES. (You may, instead, like to refine the Turkic branches …)

The devanagari name in brackets does not say Bihari, but BHOJPURI.
So the English name of this card should also be “Bhojpuri”

(Bihari is better to be left out altogether, as it is an out-dated term for a grouping of languages/dialects. If you’d like to add more cards here to the Indo-Aryan grouping, it might be first of all Maithili, Dogri, Sindhi, Konkani, also Awadhi, Magahi, Marwari, Bhili/Bhilodi, Banjara, Angika)

((all that follows is not so important))

Another note:
“Oriya” might best be given as “Oriya/Odiya” (as the government changed the spelling in English, though some oppose it - the original spelling is, nevertheless, only one it’s just the English rendering of it that has been updated)

Side-note:
The name ইমার ঠার does not read Bishnupriya Manipuri (only the second name in Bangla script says Bishnupriya Manipuri). This name reads “imar Thar” which, meaning roughly “mother-tongue”, is an apellation of the language - perhaps unnecessary here?

IRRELEVANT SCRIPT!
Romani - you added the name transliterated in Devanagari, but no speaker of Romani ever uses devanagari (the language is native to Europe and some parts of the Middle east, while Devanagari is used in South Asia where Romani is not found!) So the name in the brackets should be deleted.

DOUBT:
Cheyenne - is it not a member of the Algonquinian family? (But I know nothing about American lgs, so if you know why you wrote Altic, which I do not eve know that it exists, then ignore my surprise)

DOUBT 2:
maybe the Romance assignments follow two different classifications?
I mean, is it not that if, say, Sicilian is classified as Italo-Venetian, then, say, Emilian-Rumagnol is Gallo-Italic? (and not just “Western Romance”)

SUGGESTED ADDITIONS:
Might add some more Austro-Asiatic (I think I glimpsed only Viet, no other. If I am right, then at least Khmer should be there, but better also Khasi, Santal, Mundari, Ho, … Mon ), also some more languages of SE Asia (e.g. Lao, Shan, Jawanese) and SW China (Hmong, Mien). From Tibeto-Burman, if Burmese is there (I did not notice), add at least Dzonkha too, since it is a national language of a country.

I tried to tag the course creator @drlatorre, but he doesn’t seem to have an account on the forum. @MemriseSupport, I wonder if you could notice him of the thread here, by email perhaps?