I have tried to look around the app to figure out how to leave a feedback or improvement that could be done for the Japanese course and I found it out here so here it goes:

I love how the JP course is done but I do find a fail, big mistake indeed if the person is an actual Japanese beginner for example: In level 1 (11 lesson) and higher, they start adding kanji which yes is necessary in a future but it is too much as the person has already enough trouble to memorize Hiragana. If they want to mess around with the person and add it ok, but do not make us write it or in the 4 options exercise do not only leave the kanji! Put furigana under it or make us write it in hiragana minimum.

I consider that it is a waste of time and it gets the person discouraged and frustrated as we start being able to write and read Hiragana and now I keep doing mistakes for the Kanji when Katakana was not even introduced yet.

Seriously, this needs to change, in the worse scenario make us learn all those sentences: What is your name, how are you… of lesson 11 of JP level 1 in hiragana and in higher levels re-do them with proper kanji.

I was extremely happy to finally found and app which I could learn properly and it had a nice way to go up in levels that I actually bought the life time version so I can use it all the time…And I do, until now.
This is a problem I found that I am not too happy with and I am not the only one. It needs to be fixed in future updates.

I looked at your profile and you are studying Japanese 1 for Spanish speakers (Spain) (link). This course is an earlier version of the Japanese course.

Recently, Memrise released a new version of the Japanese course (for beginners): Japanese 0 & 1 & 2 (link). In the beginning, it was for British English speakers, then for American English speakers and gradually for other languages. I do not know when this will be available to Spanish (Spain) speakers.

The direct link to Japanese for British English speakers is: Learn Japanese online - the fastest way to speak | Memrise 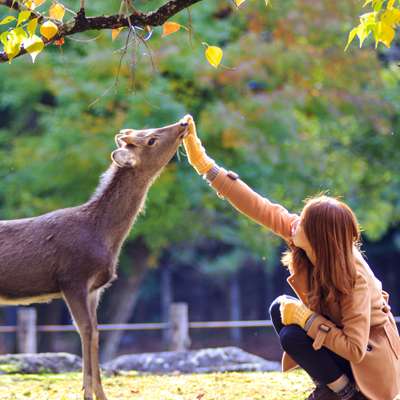 An introduction to Japanese scripts – the symbols and characters that make up the written language – and how to read them.

The Japanese 0 has only hiragana and katakana (except for the last level that has some numerals in kanji). But in Japanese 1, there are Kanji’s.

If you want to fix katakana and hiragana before moving on to a course that has kanji, there are several community courses. See the post below written by @tampora, which gives many suggestions.

The links are already from the new site Decks (sister site of Memrise), which will be officially released soon, but it is already in the beta phase, and can be accessed with the same Memrise login. For now you can access them from both the Memrise site and the Decks website. The link is:

Hmm, personally I can’t stand romaji, it actually always confused me more than hiragana/katakana. If you have the hiragana/katakana down, my advice would be don’t worry about the kanji for now. What I mean is don’t learn their readings yet, first work on the meanings of the kanji through a course like one of these: Then in the meantime, work on learning vocab that only uses hiragana/katakana, courses like these: Then once you get a good grasp of a good bit of varied vocab and a …

Thanks for the info! Will try that one in UK english even tho as a Spanish speaker I would have rather to have it updated already.