When do you use esta and when you do es?

But in Spanish 2 it says “la cocina está en la segunda planta” isn’t that permanent so therefore it has to be es? or am I wrong?

thank you in advance!

Can also someone please explain what “Temporary” and “Permanent” in the case of I, you, etc. means that one encounters learning Spanish. I am really not getting it.

Do these links help? The second link may look like an advertisement but it’s not. It will take you to a forum post containing an explanation. 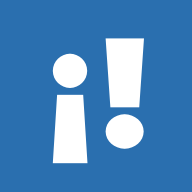 Check out the beautiful image on SpanishDict today!

Find out why SpanishDict is the web's most popular, free Spanish translation, dictionary, and conjugation site.

If it’s certain than it’s permanent, so for example living somewhere

I will take a look thank you

If it’s certain than it’s permanent, so for example living somewhere

This is a very rough generalization, and though it’s better than nothing, but you can’t apply this rule all the time. A lot depends on what part of speech it refers to.

For instance, it’s correct to say está muerto or son las cinco, though to be dead seems as if a permanent feature and time is constantly changing.

The links to SpanishDict do help, but it’s apparent there are some odd and, certainly for me, somewhat confusing exceptions, as there are in every language, I’m sure.

For example, according to SpanishDict:

The bathroom is to the right of the living room (temporarily, apparently and by this time tomorrow it could be somewhere else?)

It’s not an exception as actually there’s a rule about usage of Ser and Estar when describing whereabouts.

In your case you are talking about whereabouts of a specific object (el baño - definite article), thus Estar should be used. If it was an unspecific bathroom, you should say “Hay un baño en este edificio” (not Ser). Maybe it’s better to forget about this temporary / permanent rule - it does not work.

Yes, I realised a little after writing that “exception” was probably not the correct word; it’s more a deviation from what might seem logical to a beginner at least, where we’re more likely perhaps to treat rules as literal.

Obviously we’re likely all aware that the English language has oh-so-many of these oddities and time, experience and perhaps most importantly immersion is how we really get to learn them.

I’m happy to say I took the 40-question ser vs estar quiz on SpanishDict and, though I had to look up the definition of some of the unfamiliar (to me) words to understand the context, I did score 100%!

It’s hard to use English to explain a concept that does not exist in English.

The temporary/permanent rule is a simplification that is useful in many, but not all cases.
Location ALWAYS takes “está” (estar), even if it is a permanent location, and nouns ALWAYS require “es” (ser), even when the statement is temporary (Yo soy estudiante).

Another way to think about the two concepts is that estar is always a sort of location, where even being dead or alive are located on a scale.