Hello i have been using memrise for a while, now with the future bad uppdates and changes they plan to do with the site such as removing memes in official and user created content. 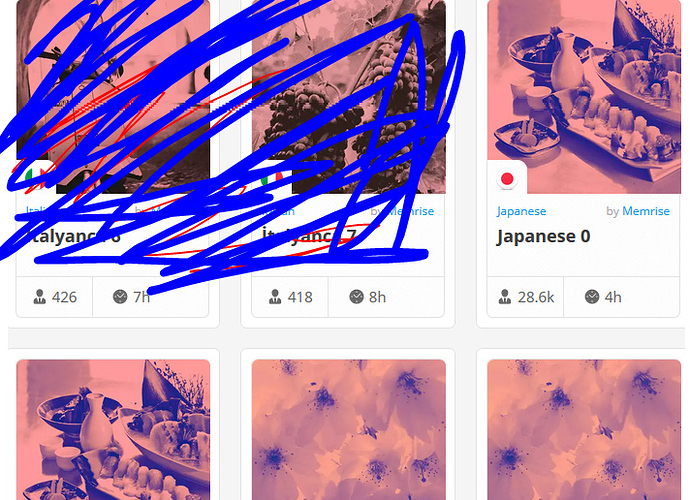 what is the real difrence actualy?

as well as these courses? since i cant seem to find the english verion of these on the memrise account 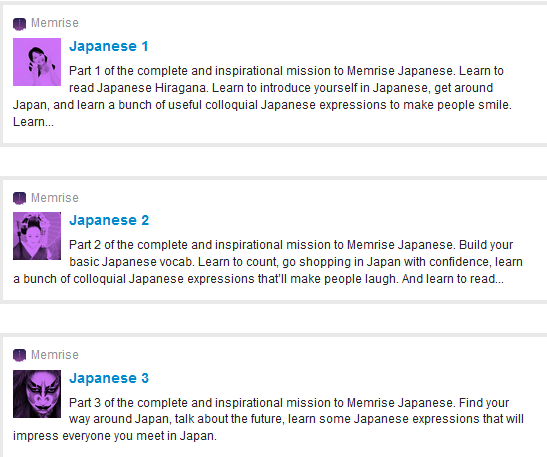 there are multiple japanese lvl 1, and 2 etc.

I’m just a user, but I’ll try to inform you about what I read in the forum.

Memrise’s official courses are updated from time to time, and currently the Japanese language course for English speakers is in the 3rd version.

The 1st version of the Japanese course for English speakers had pictures of Japanese people with a purplish background, and it was in hiragana (those of your second post). It had Japanese 1-3.

In the 2nd version, the content was the same, but some words were exchanged for kanji’s. The figure changed to landscapes with light pink background. In this version, Japanese 1-7 for English speakers.

The 3rd version is totally different, with updated content, but the figures are the same. Course 0 (zero) was added, which is in hiragana, and courses 1-2 were changed. Courses 3-7 are the same.

In January of this year, Rob_Paterson (Memrise team) posted a topic informing about the change (see here). In the topic, he reported on the exchange of courses for British English speakers (courses 1-2, and for Japanese, addition of course 0). He also informed that new changes would come, and 1 month later, courses for American English speakers were also changed.

There are two courses for English speakers for each series because one of them is for British English and the other for American English.

i see, is there any real difrence between teh american and british english version?
and is it posible to see what version the course is in? as there is a similar thing in swedish(my native tongue)

Do you also know what the no script means?

thank you, it makes some more sense with some linguistic differences like trousers and pants.
i have read some of your posts and you have helped me alot.

Do you have any course you would recommend for japanese learning that compliment the official courses or perhaps even better?