That’s an interesting idea. I might try that sometime. But yeah, so far I’ve been sticking to one course at a time for the ones I make, and measuring when I’m due to run out of items so I know when to start work on the next.

The Zelda course, volume 13 of Yotsubato, and volume 2 of Fairy Tail are exceptions though, since I built those ahead of schedule, and I’m currently only planting in them when I need a boost for their daily goals. Maybe I’ll play around a bit with your idea in those when I get some time.

Have you by any chance read 風の谷のナウシカ? I know there’s this course (https://www.memrise.com/course/973633/nausicaa-of-the-valley-of-the-wind-1-no-typing/), but I’m mainly asking wondering if by chance you have read it, then you might know which of your courses has overlapping vocabulary.

I actually just bought the first book in the series, but I haven’t gotten to it yet. I’d be willing to see what I can do about making a list of overlaps though. I went ahead and copied the course’s vocab to a spreadsheet, so that’s already a chunk of the work done.

Would you only want the list to show overlaps with my courses? Or would you want the N5-N3 courses included as well? Also bear in mind that my checking system isn’t perfect. I make searches in my ‘master file’ for each word’s kana form, since the kanji can vary. This means that I may miss matches that use alternate readings of the kanji, like ふるさと and こきょう for 故郷. And while I try to catch these, I may also miss cases where one uses hiragana and one uses katakana, like とかげ and トカゲ.

In any case, just let me know about which courses to include, and I can try to get to it when I have the time.

Here’s the vocab list for the course. I’ll update it with overlap notes later:

I was mainly asking because I’m slowly going through the Yotsubato, the Fairy Tail, and the Shining Voice at the moment. And I was wondering if there happened to be one of your courses that you knew of which shared a lot of the vocabulary with the manga, if that makes sense. Like you made the Wild Arms course which inadvertently has 80% of the same vocab or something. BUT, since you haven’t read the manga, obviously no way for you to know haha.

With your spreadsheet, I could just cross-reference so you don’t have to do more work. Thanks:sunglasses:

Feel free to let me know if such a list would help in the future!

Vocabulary from the Monster World III video game, arranged roughly by order of appearance and with full audio. Items are taught with kana first, then kanji and readings when applicable. Please see the multimedia level, 'Introduction' for further...

This was a fun little ‘metroidvania’ type platformer game released early in the Sega Genesis days, with some RPG elements and a light story. It was also the very first game that I played from start to finish in Japanese!

I had actually built a course for this game a while ago, just after finishing with the first volume of Fairy Tail, but I decided at the time to try to bundle all video game vocab into one private course. I was naive enough back then to worry that they’d be too small to warrant their own courses. (points to Wild Arms xD)

This one however is a small course, totaling only 135 words/expressions. Because it’s the first video game course I had built though, it contains some useful, common words that I didn’t cover in the later courses. There’s one more small game that was in the same private course, and I’ll be releasing its separate course next. (I’d be very surprised if anyone here’s ever played it!)

This comes with a new update to my courses as well, which I’m pretty excited about: Screenshots! Starting with this course, and continuing into future and previously made courses as well, as I can find the time, I’m going to try to share the full screenshots that I had taken as I played through the games, aiming to get every single line of dialogue that I could find. I can say from experience that these make for fantastic reading practice, and I highly recommend giving them a try if you’re learning Japanese, even if you aren’t taking my courses. For those of you who are taking the courses though, I will be adding another column to their databases as they get their screenshots uploaded, showing which screenshot the word or expression was taken from. When you’re learning something in the course and are curious how it was actually used in context, it’s now as simple as referencing the number and opening up the matching screenshot to have a look! It’s my hope that these screenshots will serve as both an entertaining source of reading practice as well as a useful companion to the courses.

Again, this feature will start with only Monster World III. It takes a lot of a time and work to get the screenshots sorted out and uploaded, so I want to see how they’re received for starters. Likewise, I ask everyone who downloads the screenshots to please respect how much work was put into gathering them, and to refrain from redistributing them without my permission. If you want to share them, please instead link back to this thread’s first post! Finally, I will naturally only be providing screenshots for the video game courses. If you’re looking for copies of the books, I recommend buying them from an online store like CDJapan. I do however plan to eventually add a similar column to the manga courses, so that those with the books can track down where the entries were taken from.

The download link for the screenshots (as well as any future batches) can be found on this thread’s first post.

Enjoy! And please feel free to share any feedback that you may have! ^ _ ^

They should give you https://community.memrise.com/badges/4/leader now as a reward for making their Japanese section so much better.

Haha, thanks, @TheFour-GatedDanzig! I can’t say that I’d mind that!

I’ve made a small update to all of my courses today.

Memrise recently removed the color-coding feature in tests that allowed users to easily see at a glance which column they were currently being tested on in reviews. And according to this post, it sounds unlikely that it will be returning. Some users, like myself, heavily relied on that feature in their reviews.

In an effort to somewhat replicate the effect, I’ve added circles (●) to the prompt for kanji tests. With nothing to rely on but the words “Kana” and “Kanji” to differentiate between the two types of tests, it became necessary to make a conscious effort during each test to look straight at the words underneath the prompt, since the two words look very similar out of the corner of one’s eye. I personally found this extra step to add both time and distraction to the tests. The circles are intended to make it easier to see at a glance which field you’re being tested on. If there are circles, you type kanji; if not, you type kana.

As always, I’m open to feedback. If anyone finds it to be distracting, I’m willing to give it some more thought. I’ve tested this a bit in the Wild Arms course though, and I’ve found it to help me quickly figure out which column I was being tested on, so hopefully it can be a positive change for everyone else, too!

Thanks to @demonhead for the idea!

Yo, I saw you were building volume 9 for Fairy Tail. Are 2-8 going to be like the first one with 1k+ words? Just wondering~

My fingers are crossed on the first volume being the biggest by far. lol I’ve gathered a lot of vocab from other sources since then, and I’ve decided to stick to only including new words for now, opting instead to leave the door open for building ‘supplemental’ levels with vocab covered in other courses later.

Counting only the unique entries, volume 1 has 379, while volume 2 has 272. Since I haven’t finalized the others yet, they may change counts slightly, but here are the current numbers:

So nothing coming too close to the first volume, but it’ll still be a pretty hefty amount!

Ah, that’s good news. I’ll be able to learn the vocabulary quicker and read the volumes then, lol. Thanks!

Vocabulary from the Sorcerer's Kingdom video game, arranged roughly by order of appearance and with full audio. Items are taught with kana first, then kanji and readings when applicable. Please see the multimedia level, 'Introduction' for further...

Going by the title, “Sorcer Kingdom” in Japan, this was my second game in Japanese, and a very nostalgic one from my childhood.

It’s a fairly standard early RPG for the most part, though it has some interesting ideas like turn-based strategy type battles that use the current terrain when you encounter an enemy, and character stats that level according to how you fight, rather than traditional level ups. It also has (in my opinion) a wonderful soundtrack. The final boss theme remains one of my favorite Sega Genesis songs to this day.

This course contains a total of 364 words/expressions, and the download link for its screenshots can be found in the first post.

Oooh, this is good timing. I was thinking about reading the five 魔女の宅急便 books early next year. Maybe this will have overlapping vocabulary.

Could you change the settings so the kanji is shown the you get the kana answer correct? I think that would help the learning.

After a long delay in my Japanese learning I’ve now started with your small Monster course in parallel with the basics courses I am taking to get a feel for your courses.

You mean having the kanji pop up to the right of the prompt after answering, like this, right?

The feature should already be present in all of my courses. If not, could you give an example of an item that isn’t displaying it?

I use the app so I’m not sure what it looks like on the web but that looks like the same feature. I’ve only tested the first words in the monsters course but there the kanji does not show up after getting the kana correct like it does on other courses I’ve used. 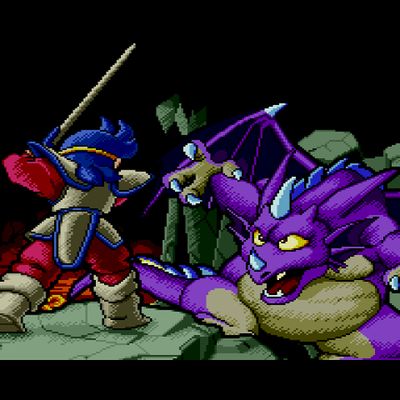 Vocabulary from the Monster World III video game, arranged roughly by order of appearance and with full audio. Items are taught with kana first, then kanji and readings when applicable. Please see the multimedia level, 'Introduction' for further...

Hm… I admittedly don’t have much experience with the app. I just had another look at the column options though, and there’s a new “Show after tests” option that I think showed up recently. (I’ve been using the “Always Show” option) I tried enabling those for the Monster World course. Could you please try again and let me know if anything’s changed?

If not, I’ll try playing around with it more when I get some time.

That solved it, thanks.