In-progress course but it’s best to join now. It’ll probably take me several months to complete. Please feel free to post your feedback. It’s for all ages, all levels, all languages (although the translation is in Spanish) - remember that you can choose to ignore words you’re already comfortable with! And, of course, as in all my courses, it’s got full high-quality audio!

Let these images speak the words for you! Learn new words quickly and easily! This is work-in-progress; I hope to add a new level every now and then. Feedback here:...

Are you sure that breast and chest are the same?
Isn’t breast just a part of chest?

http://dictionary.cambridge.org/dictionary/english/breast?q=Breast. (In Estonian it is called “rind”)

women also can have chestpain

Well, they’re not exactly the same although only women have breasts but, as
you say, women can have chest pains. Their chest pains would be different
from breast pains. Difficult to put that in pictures. Also, in Spanish,
they use the same word (pecho). See the comment I have in the attribute
column.

No you didn’t understand me.
Maybe I didn’t make myself clear
You have a picture of chest.

Did you look at those likns?

Men and women have similar chest pain if they have a heart attack. It has
nothing to do with breast.

If you want to use the word breast please use another picture.
This picture represents only a word chest

Although in a literary (and formal) sense, breast can be a synonym of chest [He lays his breast open; she offers at it with his sword; breaststroke, beat one’s breast…], perhaps you’re right and I should stick to the sense of breast as the organs of the front of a woman’s chest and chest is the part of the body between the neck and the stomach. And have 2 pictures, although learners may think of chest as only belonging to a man, but it doesn’t matter so much at this level, I don’t think.

@Atikker I’ve added “breast” as a separate entry, and remove “breast” from the chest entry. You’ll have to log out and back in again to re-synchronise. Thanks for the feedback.

A show of appreciation is always nice to see…

Watch out for another new level soon!

Good afternoon @ChiewPang
I have a request:
Can you change the picture for “abdomen” or navel"?
When you have to choose between these two pictures, they seem alike. 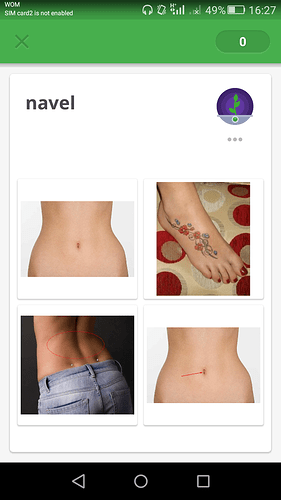 Thanks for the correction @ChiewPang

Hi @ChiewPang
I have a question about this course 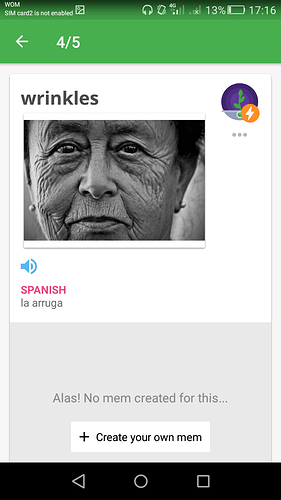 Have a nice afternoon,
Kevin

@OneLessonMore, well spotted, Kevin! The words are sometimes in singular and sometimes in plural form; they should match what’s on the images but I admit that sometimes they may not,

but the translation should always correspond to the English words. I often make mistakes when I decide to change at a later stage and make one change and forget the other! 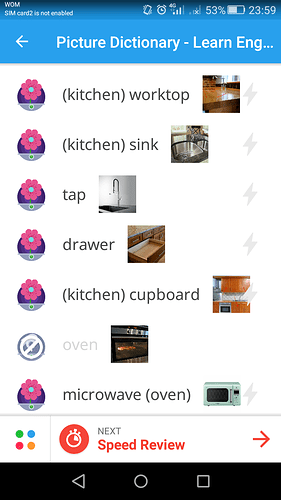 @OneLessonMore
Kevin, let’s take an example: microwave. Microwave, technically speaking is a type of electromagnetic wave; however we usually use it to refer to a microwave oven. The (oven) here is optional. The only thing is that Memrise does not accept “Memrise” as a correct answer automatically, nor does it accept “microwave oven”. However, if you tap on accept or next, they will be accepted as correct.

Similarly, cupboard is generic. You can have all sorts of cupboards but those in the kitchen are specifically referred to as “kitchen cupboard”, but cupboard is accepted as a correct answer.

I got you
Thanks for the explanation

Hi @ChiewPang
I have another request
Can you change the spanish translation for the word “plug”?
In the page, appears “clavija”, but, it’s the first time that I listened that word.

Have a nice afternoon,
Kevin

@OneLessonMore Kevin, where do you come from? Do you know it by “enchufe”?

Yes @ChiewPang
I’m from Chile, and I known the word by “enchufe”

Latest level - The Tool Box. Know your bolts from your nuts!

Learn Picture Dictionary - Learn English by images! and much more on Memrise

Let these images speak the words for you! Learn new words quickly and easily! This is work-in-progress; I hope to add a new level every now and then. Feedback here:...