Please post any feedback and suggestions about the official Memrise-created Korean courses here.
@NaYoungOh , our Korean Language Specialist will then look into it. 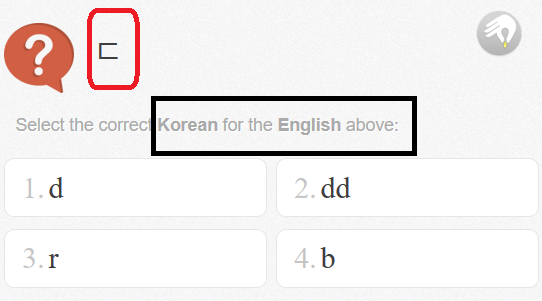 please note the typpo in the attached picture, instruction is the opposite from the actual excercise. As a new user i don’t have a feedback yet to give! Thank you 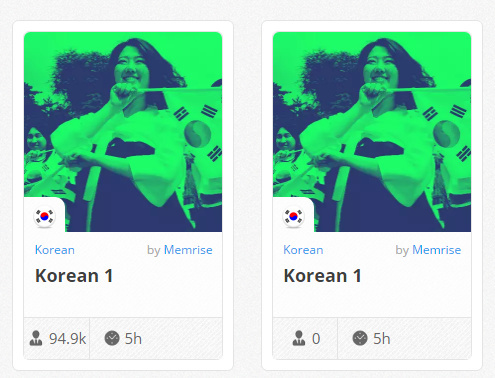 What is the difference between old Korean 1 etc. and the new one? 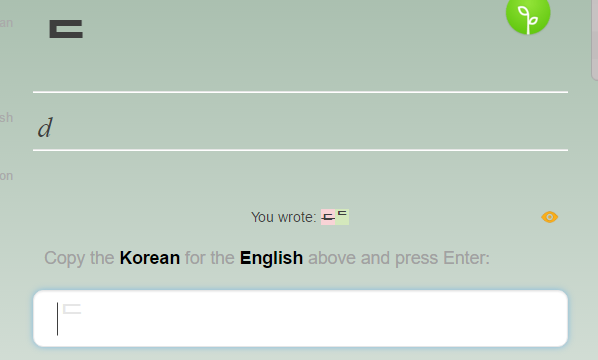 Also it’s “impossible” to type some characters. I have described the problem months ago.

When an item contains single letter (e.g. ㄴ, ㄹ), that letter is converted to a sign that looks similar to the original one, but is impossible to type (unless I will input the unicode). For example “-(으)ㄹ 줄 알다” is converted to “-(으)ᄅ 줄 알다”. The hexadecimal value of the first ‘ㄹ’ (the proper one) is 3139, but the second one - 1105. Typing the first phrase causes the answer to be unaccepted. Even if I paste, as my answer during testing, the same thing that I pasted in the text field when creating…

We may be able to add a virtual (in-browser) keyboard to our official courses, which should resolve the unicode issue.
I’m not entirely sure whether that would work for the Hangul writing system though. @NaYoungOh , what do you think?

In level 12 of the Korean 1 course, 미국 사람 is used when asking someone if they’re English and saying “yes, I’m English.” I’m pretty sure the term 미국 사람 actually refers to an American. I also didn’t notice this when I first went through the course so I’m wondering if it was changed to the wrong term.

Hi,
Thanks for pointing this out. It seems to be a technical issue. Sorry about the confusion. We have fixed that now

Korean male voice sounds nothing like n, more like d in this recording.Womans recording sounds ok and she is surely using some different letters even they are supposed to be saying same thing.

Hi
Sorry for the late reply. I’ve checked the issues. You are right that it doesn’t sound quite right. I will fix this as soon as possible. Thanks for pointing this out and sorry for causing any inconvenience.

In the Korean 2 course, level 5

Learn Korean 2 and much more on Memrise

It can be translated as both.

While 아무것도 is usually translated as ‘nothing’ it is only to make distinction between 아무거나.
You use 아무거나 is positivie sentences and 아무것도 in negative sentences.

In the same level of that course you can see an example sentence:

It can be also translated as ‘I have nothing’, however the first translation better shows the grammar withing the sentence.

You can learn more about 아무 in level 4 lesson 11 of TTMIK curriculum.

Hi
Thanks for pointing this out. Rodyzi explained the issue very well. Thank you very much!

Thanks for using our Korean course

Hi I just joined your course, I started to learn Korean on my own a bit and thought that your courses would speed it up. What I noticed though is that you use romanization to teach which is kind of annoying, this way I have to learn spelling twice and this roman spelling is completely useless afterwords anyway. Wouldn’t it be better to start with Korean alphabet first and then teach the language using it? When you go to Korea or if you pick up a Korean book you will never find the spelling you want me to learn. And I have to lean it if I want to progress through to the next lesson. Sorry but that is my impression.

When I am trying to type ㅇ, ㄹ, or ㄹ it says I am wrong even when it is exactly how the vowel or syllable is depicted in the answer also it will not except some words. I am using a keyboard input of Korean 2 set on a mac btw. Thanks!

Hi,
thanks for your post. We think that starting out with romanization generally works better for most users, that is why it we begin the course this way. However, we transition relatively quickly into Hangul so the issue resolves itself for learners fairly quickly. Hope this reply was useful.
Best,
Na Young

Our tech team is looking into the issue and we hope to resolve it as soon as possible. Sorry for the inconvenience.

Hello course creators. I found a mistake in the Korean 3 course http://www.memrise.com/course/1125956/korean-3/ “We are going to go for a run tomorrow night” offers 춤추로 as the solution it accepts, but that means “for a dance” not “for a run”. Can you please correct this? People learn wrong sentences this way

Thank you in advance. 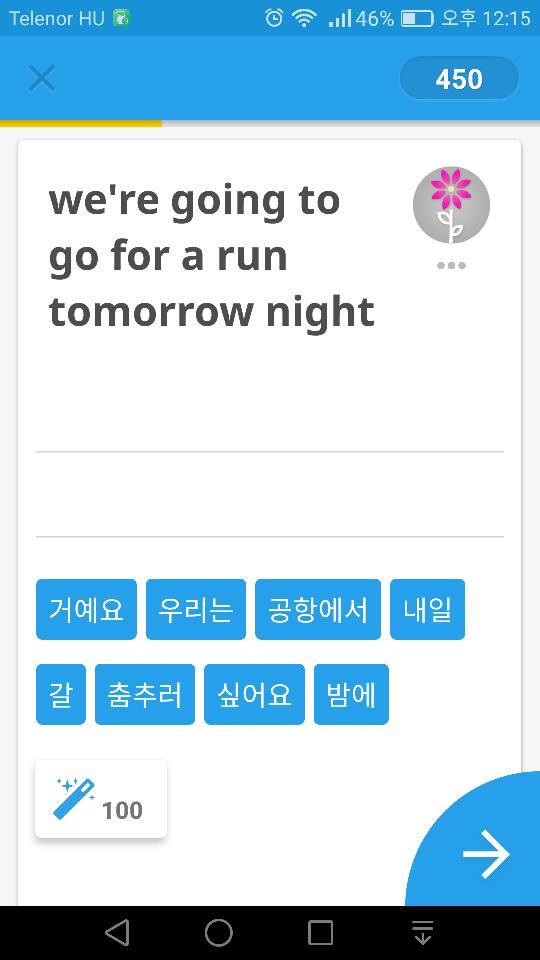 I type Hwanyeong HaeYo in korean yet it always prompts me for the english version and says my correct hangul korean spelling is wrong, it doesn’t do this for other words. Is this a bug? 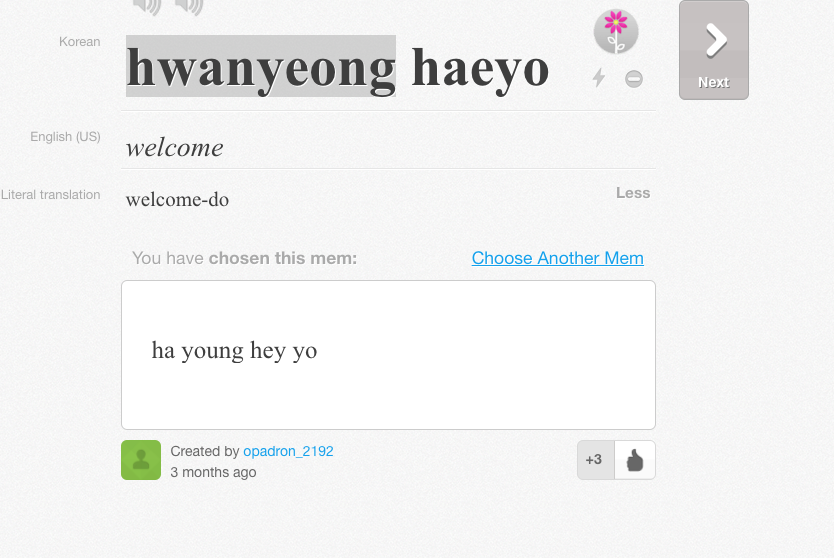 I recently hit my first batch of the alphabet in the first lesson. I’ve hit a point where I’m not sure if it’s an issue with quizzing, or an issue with my ability to hear the difference.

The quiz will pronounce either ㄱ or 그, and ask me for the romanization, g or geu. I don’t hear a difference. The same goes for ㄴ and 느 as n or neu. Is there something I’m not catching? Or are these questions asked in a way that’s difficult to determine?