@MarikoMiz
Hi there,
just stumbled across the word "はし” in the Japanisch 1 course, which seems to have a lot of meanings. But since, in another level, we’re learning the kanchi for “Essstäbchen/chopstick”, which happens to have this very reading, wouldn’t it make sense to learn that meaning of “はし” instead of “Brücke/bridge”?
By the way, is there a more efficient way to file bugs or ideas for improvement?

@learninglearning In western languages, you often need at least a subject and a predicate to build a valid sentence: “He eats” in English, “Er isst” in German, “Il mange” in French and so on.

In Japanese, you need at least a verb (or something that fills that role). There can be a subject. But regularly the subject is omitted as long it’s clear from the context what you’re talking about. So 「げんきです」 can mean “I’m well” as well as “He’s well” and so on. You have to know what the topic on the conversation is at the moment.

If you want to set or change the topic, you can use the topic particle 「～は」 (pronounced “wa” in this case). See for example the following small dialogs:

Especially the expression for “you”, 「あなた」, can be a bit of a trap. It’s used to refer to somebody only in very close relationships. For example, it’s used for a wife to address her husband, comparable to “darling”. So if you ask a prospective customer from Japan something like 「あなたはげんきですか？」, meaning “Are you well?”, they might get quite irritated

(Note: Everything above is based on what I learned so far. Feel free to correct or amend something if necessary)

@learninglearning It happens quite often that different words have an identical pronounciation or reading. For example, 「人工」 (“man made” or “artificial”) and 「人口」 (“population”) both are read 「じんこう」. That’s only logical, because there are only about 100 to 150 syllables (when you count unvoiced, voiced, plosive, … variants) in Japanese, but over 2.000 Jōyō kanji alone, not to speak of the more than 40.000 kanji overall.

So I’d not look at it like “the word ‘はし’”, because that’s a reading that can belong to a lot of words. In a beginners course like this, you can’t just throw kanji at people from the very start. But I think one should keep in mind that the reading does not equal the word.

(Note: Again, everything on “as far as I know so far” base

Aye, this could be quite funny or disturbing

, thanks for the explanation!
Is it the same with the plural 「あなたたち」？

@henning.kockerbeck Ok, just thought it would make sense to learn the reading of the kanji we already learned before (instead of the reading of another vocable, which happens to have the same reading).

The fact that the subject is regularly omitted is general, regardless of singular or plural.

A: 「りょうしんはげんきですか？」 - “Regarding the parents, are they well?” (you have to know from context whose parents)
B: 「げんきです」 - “They’re well”

Regarding the special case of 「あなた」 and 「あなたたち」, I have not come across that yet. But i’d assume it safer to keep 「あなたたち」 reserved for very close relationships, as well.

@learninglearning You’ve got a point there. I’d assume that “chopstick” is more common and therefore more important to learn than “bridge”, too. So it might be a good idea to change it.

@MarikoMiz sorry to bother you again, but the German course still doesn’t accept hiragana.
I was quizzed for 「こんにちわ」and 「ちょうしわどう」 both accept only romanji.

Sorry for the lack of communication lately. I’ve been a little busy assembling the new Japanese course. That is because both konnnichiwa and choushi wa dou should be written こんにちは and ちょうしはどう？ は usually reads HA but in instances with KONNNICHIWA and particle, it reads WA. The Japanese for English speaker course has a mem explaining this so this has never been an issue for the users. Since I can’t speak German, can you do me a favour and translate the following mem into German and add it to the relevant item? I’m sure you will be helping other people learning the course!

@MarikoMiz Thanks a lot! I added a mem.

@MarikoMiz If I understand this post correctly, at least in “Japanese 3” for English speakers writing words with katakana is accepted as correct (if writing the word in question with katakana is correct, of course

). In “Japanisch 1” for German speakers I’ve run across several words that at least to my knowledge are correctly written with katakana, but for which katakana are not accepted. In the “Food” section (“Treibstoff für Dein Vokabular: Essen”), for example

There might be other cases outside the food topic and/or in Japanisch 2 and following, but with food I’ve seen them accumulate

Maybe you could add katakana alternatives (or even “main solutions”) for those as well? Or will that problem be solved with the separation into two courses “with romaji” and “without romaji”, that’s in the works as far as I understand?

Yes the katakana alternatives has been added for Japanese for English courses, but it has not been implemented for other courses since it’s a big task that only a Japanese person do. I don’t think we will be adding any more alternatives to the existing courses because we are now in the stage of uploading Japanese (full script) 1-7 and Japanese (romaji) 1-3, so I would rather spend more time on those!

I’m so sorry that I couldn’t give you the perfect answer, especially when you’ve already gotten so far in the course. All I can say now is please stay tuned for the updated courses

@MarikoMiz No worries, I had a bit of a hunch it could be like that. So I’ll wait for the renewed courses. Thanks for your work

the first course should allow hiragana alternatives to all items. I cannot ever guess if you want “wie geht’s” in romaji or in hiragana… this issue has been mentioned first time several months ago, i am still marked “wrong” if i give the answer in hiragana

sorry, me again: for “水” are always two entries “Wasser” in multiple choice - if it happens I get multiple choice in review, how should I know which “Wasser” is the right “water”??? thanks goodness i know some bits of mandarin and I can ignore this one…

Japanese 1 level 1 accepts both hiragana and romaji as correct answers. Can you tell me exactly which item you’re having issues with?

thanks for flagging, I have just changed it!

Yes it’s a known issue I’m still struggling to resolve. Do you have any suggestions to make the distinction clearer? The only thing I can think of is to remove one of them, but it isn’t idea.

lol, Mariko… there is an USER script for deleteing the phantom entries from the database … you should point this issue to @daniel.zohar (or to whom is the current devs boss now), it kills the last nerve of us, the commoners of course creation…

The script is located here: https://github.com/iamwillow/delete_phantom_answers You have to know the basics of computer programming to run it. You’ll need to have Python on your computer as well as a few Python libraries that you can install with Pip. 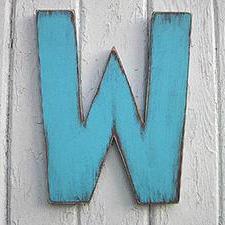 @iamwillow can maybe explain how to make it work…

many thanks for your time and attention!