I have started using the new course as you suggested.

My future comments will refer to that one.

There is an extra の in the furigana which isn’t needed. The audio matches top part. 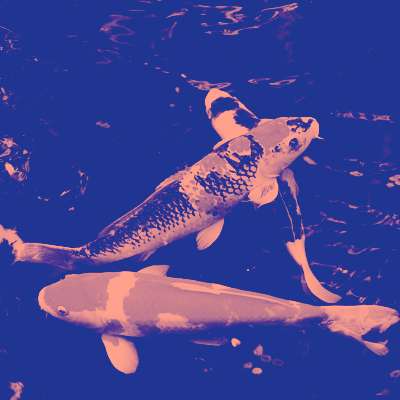 Part 3 of the complete and inspirational mission to Memrise Japanese. Find your way around Japan, talk about the future, learn some Japanese expressions that will impress everyone you meet in Japan.

The audio and furigana match, but don’t actually translate to the right answer. 全 is ぜん not ぜい.

Auto-learn isn’t showing up for me.

This option is only available through the website, and not the app. Was it not available to you even on the website version? It should look like this…

It didn’t show up. I wonder if it’s possibly because one is UK and the other US? How could I check that?

Oh no, I’m sorry it isn’t showing up for you. All Memrise official courses should have this option on the level pages, regardless of the language… but the first one below is for US learners.

Part 1 of the complete and inspirational mission to Memrise Japanese. Learn to read Japanese Hiragana, Katakana and Kanji. Learn to introduce yourself in Japanese, get around Japan, and learn a bunch of useful colloquial Japanese expressions to make...


and this is for UK learners

Part 1 of the complete and inspirational mission to Memrise Japanese. Learn to read Japanese Hiragana, Katakana and Kanji. Learn to introduce yourself in Japanese, get around Japan, and learn a bunch of useful colloquial Japanese expressions to make...

Do they work differently for you?

Thank you so much for reporting this to us! I appreciate this massively! I think all the fixes are there now. Please log out and log in again to see the changes.

As for the item below, we are not teaching this differentiation in this course… yet. But I am hoping to include the linguistic concept of “respect” in Japanese in the new course I am redesigning at the moment:slight_smile:

Please let me know if you find any other problems!

Hello Kanatsumoto,
Here are my notes on Japanese 3 as promised.
Audio incongruities:

And by the way, why is this thread called 1-7? I’ve never seen more than 3, if they exist already, can you please tell me how to find them? Thank you.

And by the way, why is this thread called 1-7? I’ve never seen more than 3, if they exist already, can you please tell me how to find them? Thank you.

A while ago, the Memrise Japanese courses have been reorganized. Previously, there has been one “tracks” with seven courses, Japanese 1 through Japanese 7. Now, there are two “tracks”. One track offers courses that use script (hiragana, kataka and kanji). The other tracks offers courses that use roumaji only. Because that separation is relatively new, only the first three courses for the new “tracks” have been published yet. This thread is from back when the old courses 1 through 7 were offered.

The auto-learn option is missing for both. I had assumed this course was the same (screenshot) and would transfer over.

It turns out that the auto-learn function was only available for the course editor for testing purposes. I’m afraid that this will not be available for you on these Japanese courses. I apologise for getting your hopes up…

Not sure if I can ask this here, But did Japanese 2 change lately? I’ve looked at it before and I feel like it had way less Kanji. I’m almost done with Japanese 1 so I started looking at what Japanese 2 had to offer. But Japanese 2 is using a lot of Kanji that where never used in Japanese 1 at all. Am I just missing something or did I overlooked something?

Sorry in advance if this is not the place to ask / discuss this.

This isn’t really an answer to your question, just a bit of advice:

Don’t be afraid of kanji.

They are vital to fluent reading of the language. They are especially important if you have ready access to novels and manga.

Must admit, kanji kind of scares me. Maybe more because it’s kanji to English and not kanji to hiragana. For instance, I just learned the kanji for day ; sun. But the problem now is that I dont know how to pronounce it in Japanese.

Another thing that’s a bit similair, is things like the japanese for coffee etc. I’m currently learning it in hiragana, but I know it has to be writen in katakana. It’s not a huge problem but it kind of scares me because it feels like a step of learning to much: English > hiragana > katakana (which I havent learned yet) I personaly want it to get introduced slowly by now. I could do this myself ofcource, but it would be nice to have Memrise help me to learn/remember it.

So, some of my Memrise (Japanese) feedback. Really enjoying it so far and using it daily.

Hey folks. Hope this is the right place for this.

Recently switched over to the new version of the course for English speakers. Enjoying it a lot!

Learned this phrase in Japanese 1 Level 6 with the English translation as “Mr. Sho, are you hungry?” (or something like that), and it now only ever shows up as “are you hungry?” now. This is particularly tricky when the prompt is just the English without audio to indicate that I’m address a particular person.

https://drive.google.com/open?id=0B5t4D2arhUeMNHFhRUQ2akFQNlk (Extra photo link as the other one wasn’t rendering for me)

The thing with kanji is that pronunciation varies more than meaning.

Knowing the meaning can be important. Most kanji, in Japanese, have at least two or three pronunciations that vary from word to word.

So, it is not uncommon to learn meaning first, then pronunciation.

If you are learning specifically in Japanese, that distinction means a little less, because the meaning will generally be one of the pronunciations. But since we are English speakers, it’s a bit different.

I think maybe it could be useful to pair up the meaning with a vocabulary word or something.

Is there a way to disable speed drills in the mobile app?

I got frustrated enough with them while doing the old version of the course that I don’t even want to see them any more. ^^;

I’ve noticed that there is used wrong grammar for obligation.

For example, in Japanese 2 level 23 there is a sentence: 私は傘を買わなくてはいけません which is translated into “I HAVE TO buy an umbrella”, but ～てはいけません means “must NOT”. Instead it should be 買わなければいけません (kawanakereba ikemasen), am I right?

And the 3rd course is full of sentences like this.

I can’t give an official answer, since I am not staff. I’m just another user like you.

However, the staff is working hard to revise the official lesson set. The new person in charge of the official Japanese courses is a native speaker. I expect that a LOT of those things will get fixed.

It is still good to bring it up though, I think.