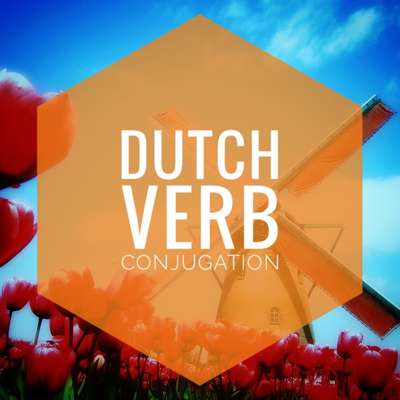 Thanks for reporting. Fixed that

You can also report

words that you always mix up because they are similar. I’ll add an answer hint

Fixed both separate and methodologisch. Thx for reporting.

First, great job on the course! Thanks for the hard work.

I would like to report a minor audio issue: under regular past participles, the word “gehaast” has the audio for “gestuurd”

I found another one last week and will report it here when I come across it again.

I nearly forgot, in regular past participles, I noticed two more things:

First, great job on the course! Thanks for the hard work.

Thx for the kind words and for reporting mistakes. Errors are often obvious but for soemone reason I, the course creator, constantly ignore them.

the word “gehaast” has the audio for “gestuurd”

I corrected that. Thx for telling.

" is gegroeid - grew." The past participle of grow in English is “grown.”

Sure. Fixed that. What was I thinking?

“(is) veranderd” - having the () around “is” is kind of annoying to remember since no other word has it. I get that there may be a concern since the audio is “is of heeft,” so no worries if there is no desire to change things.

Yep. There are some words in Dutch that can have both heeft and is as an auxiliary based on the “character” of the verb in the given context. There are a dozen or so (23!

) words in this course. Elements in brackets are usually optional in Memrise (if they have not tinkered with the input since last time I checked). Thus, you can just type verandered and it will be accepted. What I am about to do (as soon as possible): I’ll add alternative answers to the verbs for all “bracket-verbs”. Soon, it will accept is veranderd, heeft veranderd, verandered (perhaps some more alternatives - I have to think about that). Thx for giving me feedback on this issue.

Thanks for the updates @Robert-Alexander! This is great. I will give it a go and let you know how the course feels

I am liking the updates! Thanks again. If you do not mind, I want to propose an idea:

I am still getting caught up on words/phrases like “is geslaagd” because I am forgetting to add “is.” I am wondering how you feel about modifying the translation of “verb+past participle” to include the verb and not just the past participle. For instances: from “succeeded” to “has succeeded.” Though if you think this is too much work, or a terrible idea

Though if you think this is too much work, or a terrible idea

The more feedback, the better.

“has succeeded”? Is that what you propose?

Well, ain’t that too easy? I mean we also need to learn which verbs use is and which use heeft. If we indicate this by adding an “has” to the is-words, we already know it’s an is-word right? I still contemplate the idea to allow just geslaagd for an answer, so that you can safely omit the is. But I’m still not sure about that. I mean, from what I understand, you’re more interested in not getting “punished” when forgetting to add the is rather than a more strict approach that always forces you to enter is. That’s totally legit. I get this. Not everyone wants the same focus on details 'cause different people have different learning goals.

Perhaps you could comment on whether we should try this out (allowing to just answer geslaagd instead of is geslaagd). I mean, we could at least test this. And you (or other users) report in a couple of weeks how that works out for them.

Right, I think you got it: if the Dutch part omits (has) the verb, omit (add) the verb to the English translation, but only as the default answer. This is just for consistency.

I do not think people should be punished for omitting is/has, just like how folks can omit de/het in other courses. I think we agree on this!

I reworked the course. It now accepts both is gegaan and just gegaan but only is gegaan is displayed. I kept the English entry as it is. I think it’s best to try this out first. This will perhaps mitigate the issues sufficiently. Let’s try this for a couple of weeks. Please (you or others) report back if that solves the most severe problems (or if you want to go back to another or even the old convention).

Thanks! I will give this a try and let you know what I think

Thanks again for all the course tweaks! I think the learning experience for (regular) past participles is much smoother. I am now working through the irregular past participles (level 13) and definitely notice the difference, e.g., needing to remember parentheses.

I know it takes some time, but eventually aligning level 13 to be like level 12 would be awesome! I am still in favor of adding the verb “is” to both the Dutch and English translations instead of just the Dutch, but that just me.

Finally, in irregular past participles, I found a few more minor things with the English translation:

Oh, I forgot to add that I noticed that some of the audio files in level 13 have inconsistent volumes. Some are much more faint than others, which, as one can imagine, leads to a bit jumping when moving onto the next word

Aside from adjusting things manually, which is probably a pain, is there a way to make the volume more uniform?

Finally, in irregular past participles, I found a few more minor things with the English translation

Seriously, how could I let this pass? Will correct this asap.

I know it takes some time, but eventually aligning level 13 to be like level 12 would be awesome!

I thought I did that. Did I miss anything? All what I’ve described above, has been applied to both level 12 and level 13. Sometimes it helps to log out and log back in or clear your cache so that entries are updated.

I am still in favor of adding the verb “is” to both the Dutch and English translations instead of just the Dutch, but that just me

I’m seriously contemplating this (or a similar idea). I may

This way, you still can test your knowledge on the appropriate Dutch auxiliary verb (if you wanted to) and you’d have a more consistent course design. But that’s a major task (mostly due to audio tweaks) and I’m not sure if that’s considerably better. Let me think this through …

Aside from adjusting things manually, which is probably a pain, is there a way to make the volume more uniform?

No. That’s really too much pain. I guess…never tried that. Maybe there’s an easy method to level the volume before uploading files but this would almost certainly mean that I have to edit and reupload all the audio files. I probably won’t do that. I was hoping Memrise added such a function but they are busy making the GUI more colorful or whatever. Alternatively, some OS might level volume system wide. But not sure about that either. My smartphone does that when listening over earphones.