A1 and A2 German by Memrise / Replaced courses

Here are links to the A1 and A2 German courses which were recently removed from the Course list and replaced by “German 1”, “German 2”, etc: 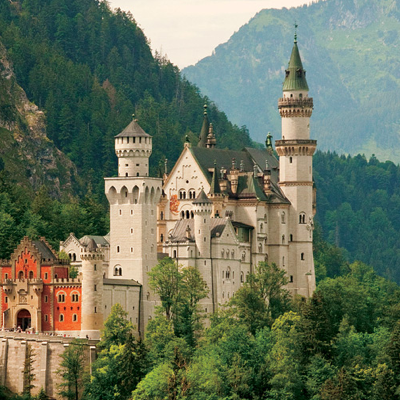 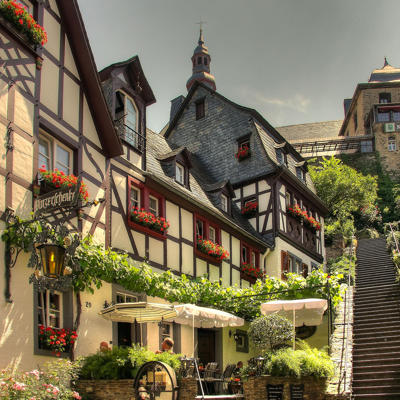 A2 German - Beyond Beginner

For background, there was wider discussion about the replacement of the A1 and A2 courses here: A1/A2 French, German and Spanish courses converted to A1=1,2,3 / A2=4,5,6,7

Thanks Jim. Would love an explanation from Memrise how the new ones “fit”. Since I’m already halfway through A1 I plan on finishing it…but then where do the new courses relate to the A2 course…or should I just continue on with the A2 course after A1, etc. etc.

Saw that! Thanks Alan.

There is a big problem with the new courses. It may have existed with the old ones as well, I don’t know. The problem is that you don’t know what pronoun a sentence wants you to use. Like if you are asked to translate “you have” it should accept both “du hast” and “Sie haben”. I took a screenshot of one of the many times that this lack of clarification on what pronoun the course wants you to use is a problem. 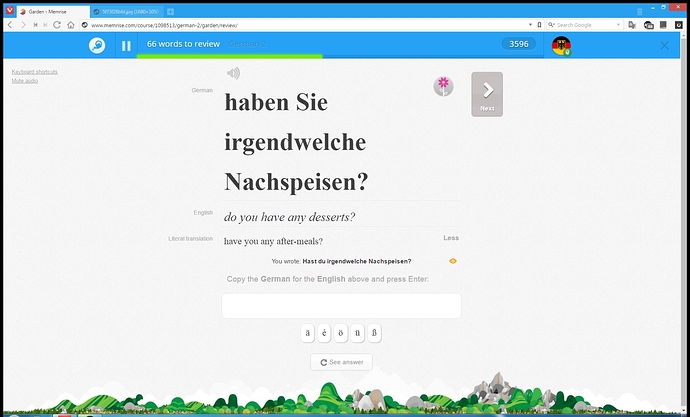 @Nazgul1337 I think that they want you to figure it out from the context of the sentence. I mean, yeah, you can use ihr or du, but in that module it’s in a restaurant setting. Which you would ask the waiter in Sie not du.

That doesn’t have to be in a restaurant. You could ask that question to anyone. And like I said, the example I gave is not even close to the amount of times that this issue appears. Literally every single time I do reviews I miss answers because I use informal language when they want formal or formal language when they want informal. The old A1 and A2 courses did not have this issue because you were told what to use.

A2 is a far far better course than the new ones, if you want to actually take a course that helps you get a feel for German sentence structure and how words are used in context. There are plenty of better vocab courses.

I wouldn’t say they don’t have that problem at all, but A2 generally does at least tell you whether male/female or formal/plural forms of various nouns and pronouns are expected. Still has quite a few cases where legitimate possible answers are rejected though.

@dylan.nicholson.548 then report the problems.

I have done so many times but sadly like everything else good on Memrise it appears to have been abandoned by its creators.

Is there any forum that anyone who has any contributor access to A2 actually monitors anymore?

@dylan.nicholson.548 you mean report mistakes for the A2 courses? Good luck trying to get them fixed.

Memrise seems quite active on this forum to correct mistakes. They have commented already on the German/Russian and German/French courses

@dylan.nicholson.548 you mean report mistakes for the A2 courses? Good luck trying to get them fixed.

Not sure if this is the place to mention this (feel free to redirect me, I haven’t found a course forum for the old ones), but I do have an issue in the German A2 course. The sentence “these are now Peter and Sandra’s bikes now” is translated as “diese hier sind jetzt Peter und Sandras Fahrräder”. I know the point of the lesson in which it appears, among other things, is to differentiate between “diese hier” and “diese da” as “these” and “those”, but can’t it be also translated simply as “das sind jetzt Peter und Sandras Fahrräder”? (The answer is not accepted at the moment.) Similar problems occur in other sentences - sometimes we have “das/diese hier”, and sometimes just “das” for “this/these”.

Hi @Ora9. As memrise has created new courses to replace those A1 & A2 courses, I doubt they will correct the old ones but it is worth a shot.

However, das being singular, I would thing that “die sind jetzt Peter und Sandras Fahrräder” is more correct.

right, redux, the ““die sind jetzt Peter und Sandras Fahrräder”” is like trying to communicate that the owner of the bikes changed (very) recently. Did Sandra and Peter steal (of course, not stole:) the bikes, or what

That’s how I understood it… that they were now their bikes.

I guess “diese da” was more clear to me. So one should understand the “das” as a job lot, kind’a?

For the sake of a lesson, all is possible to me. Why not. Why “sind” if the subjet “das” is singular. Still beats me though. Or should I read “Peter und Sandras Fahrräder sind das.”?

@sircemloud: “das” is in this sentence the only version that is correct, grammatically; “die” as I put it there is rather slangy, it is not correct, in fact.